Nominate Gregory M. Yahn for Penn State Board of Trustees

I’m Greg Yahn, a proud Penn State alumnus, and I am seeking nomination to the Board of Trustees of Penn State as an Alumni representative to: I am a third-generation engineering graduate of Penn State, having received a degree in industrial engineering from University Park in 1985 and an MBA from Penn State Behrend in 1999. I am the president and owner of Advanced Finishing, USA, and Archi-Texture Finishing (A-Tex), based in Erie, PA.

I am an enthusiastic supporter of Penn State and Penn State Behrend, in particular. I am a past member of the Cast Metal Industrial Advisory Board at University Park. At Behrend, I have been a member of the college’s Council of Fellows for nearly 20 years, serving on its board of directors for the past five years. As chair of Behrend’s Greater Penn State campaign, I helped the college achieve a record-setting fundraising total of more than $75 million. My work on the campaign allowed me the privilege of meeting countless Penn State alumni and supporters who are eager to have their voices heard in support of our outstanding university.

During my involvement with Behrend, I have helped to develop two of the college’s newest majors in Digital Media, Arts, Technology and Interdisciplinary Business with Engineering Studies; launched the Yahn Family Planetarium at Behrend; funded the Patricia Yahn Student Art Show (named in honor of my late mother); and supported the Nursing program, women’s health research, and Behrend’s Center for Family Business.

I love Penn State and Penn State Behrend, and I sincerely desire to continue my service at a higher level. Therefore, I am asking for your nomination to appear on the 2023 Board of Trustees election ballot.

If I were successful in achieving an Alumni seat on the Board of Trustees, I envision my service having two focuses: representation of the Commonwealth Campuses and support of Pennsylvania’s family businesses. While I certainly care about universal issues such as tuition affordability and student debt, student safety, and diversity, equity, and inclusion, the two pillars of my potential service on the Board would reflect my areas of expertise, where I believe I could generate the greatest impact.

Pillar 1: Introducing the Voice of the Commonwealth Campuses on the Board of Trustees

At present, more than 30 percent or about 24,000 of the 73,000 undergraduates attending Penn State are enrolled at campuses other than University Park. Yet, of the 36 voting members of the Board of Trustees, no individuals represent the Commonwealth campuses, specifically. My hope is that this might change with the election of an individual from among the alumni ranks of the campus system who might then advocate for structural and procedural changes that support long-term board representation.

By nominating me for election to the Board of Trustees, you would be working toward putting a voice for the Commonwealth Campuses on the highest governing body of the University, assuring that the issues, needs and voices of all of Penn State will be heard. We Are…Penn State!

In 2021, Penn State Behrend created a center unique to the University and perhaps the Commonwealth: The Penn State Behrend Center for Family Business.  As a founding member, I created the first endowment to support the Center. Our goal is to provide information, counseling, resources, and memberships to peer groups that will help family businesses in Pennsylvania grow and be successful. As the owner of a family business, I have faced many of the issues common to family-owned businesses. I truly wish I had had this resource available to me 15 years ago when I assumed leadership of our family’s business.

Having a resource like the Center for Family Business is already benefiting many family businesses in the region significantly. If I am elected to the Board of Trustees, I would work to extend the model Behrend is using to University Park and all other Commonwealth Campuses, making this resource available to family businesses across the state. I believe that my direct involvement with the Center, coupled with a position on the Board of Trustees, would help me carry out this mission.

Securing an Alumni position on the election ballot requires a minimum of 250 nominations from Penn State alumni only. The nominating process opens January 15 and will close on February 25. You can help me gain a slot on the ballot—and take another step forward in representing Commonwealth Campus interests on the Board of Trustees by taking these easy steps:

I hope you will consider my nomination. Together, we can advance the exciting possibility of sustained representation of the Commonwealth Campuses on the Board of Trustees. 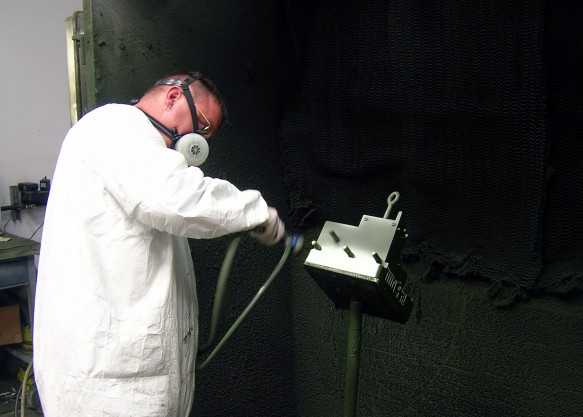 You’re GOOD! But no matter how good you are (I …

Every project presents different challenges, but in the powder coating …

AFUSA is “Finishing” One Project at a Time